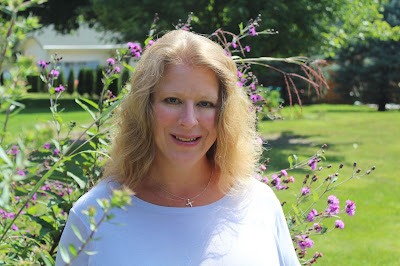 Born and raised on a farm in Northwestern Illinois, Jannifer Powelson's interest in conservation and the natural world was sparked at an early age, and so was her love of reading and writing stories. Powelson's education in nature continued at college, and she graduated with a Bachelor's Degree in Biology from Knox College in Galesburg, Illinois and a Master's Degree in Biology from Southern Illinois University - Edwardsville. She conducted thesis research in Northern Illinois, where she spent her free time identifying and photographing prairie plants. Many of these plant photos are featured in the first book in the Rachel Raccoon and Sammy Skunk Series, Rachel and Sammy Visit the Prairie. The main characters, Rachel Raccoon and Sammy Skunk, were derived from Powelson's wildlife research on raccoons, where she also experienced a few interesting and stinky incidents with skunks.