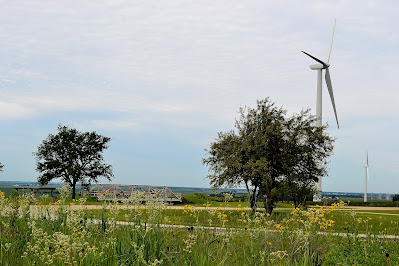 Is it possible to have an adventure when you visit a rest stop? Good question. You are stopped, and you are supposed to be resting. However, if you’re looking for a neat little prairie that’s located right here in Stark County, be prepared to enjoy an adventure meandering through this restored prairie.Years ago, the old rest stop on Route 40 south of Bradford was one location the Stark County SWCD held its Summer Prairie Walk. Due to increased workload and declining attendance, we haven’t held this once popular event in recent years. Since then, I normally stop by the old rest stop to walk through the prairie at least once per summer. However, the last time I visited, things didn’t look as beautiful as I’d remembered from previous trips. Maybe it was during a dry part of the summer when blooming was either delayed or blooms weren’t as showy as in other years, or maybe when I visited, there just wasn’t as much blooming at that particular time. 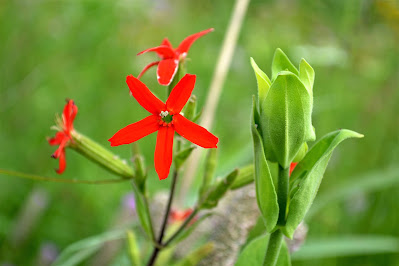 Since I know a prairie changes from year to year, depending on weather and other environmental factors, and of course, the prairie changes from week to week in the same prairie, I brushed aside my concern, and I was ready to stop for my first visit of the year. I only planned to stop for a quick visit to take a few pictures for this article, but I ended up staying for much longer than planned. 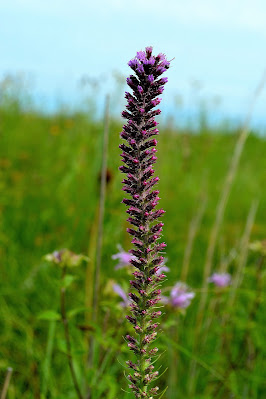 Taking a minute to soak in the view of the entire area before I began walking, I admired the windmills towering above and the beautiful Valley down below. The Bridge to Nowhere is a neat local icon. Then, my eyes zeroed in on the plants themselves. I was pleasantly surprised to see a nice diversity of plants in bloom, and the longer I walked, the more excited I became. Not only did I see the common prairie plants we all know and love, but I saw a few plants I’d never noticed growing in that area before, such as Royal Catchfly, a beautiful red wildflower. 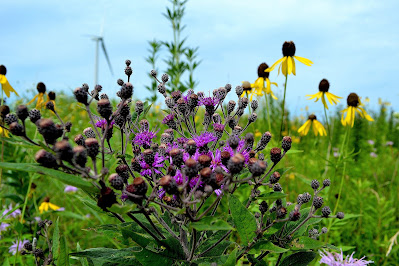 Not only were the mid-summer bloomers showing their true colors, but the warm season grasses and late summer wildflowers were gearing up for their turn. There was a nice mix of pinks and purples, golds and yellows, whites, grasses, and I already mentioned the striking red of the Royal Catchfly. In addition to the plants, pollinators were buzzing around—bees, butterflies, and other insects were enjoying the nectar of dozens of wildflower species. Songbirds were chirping and flitting from plant to plant. I’m sure a host of unseen critters were also inhabiting the area as well. 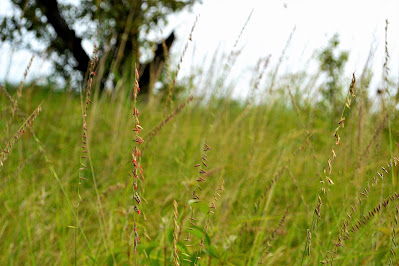 All in all, my short trip to the Route 40 Rest Stop was a great opportunity to stop and rest by doing what I love to do—walking in nature and photographing plants. Even though it’s located right along the highway, it’s easy to block out the traffic and immerse yourself in nature. I only walked around the prairie to the north and east of the drive, but there is acreage to the south of the drive, too. This little prairie is worth the stop! 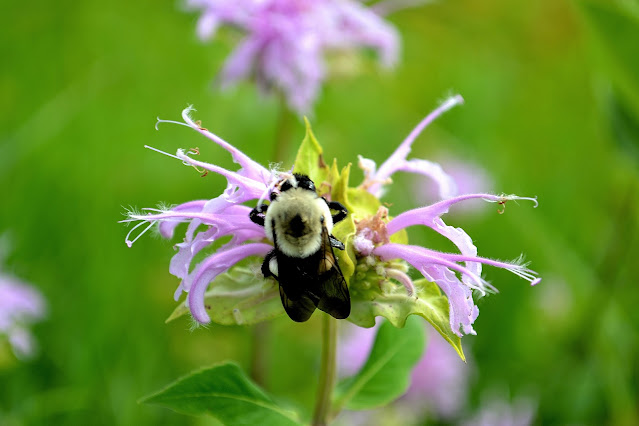 Posted by Jannifer Powelson at 11:27 AM No comments: