The Natural Wonders (and Wanders) of Iceland 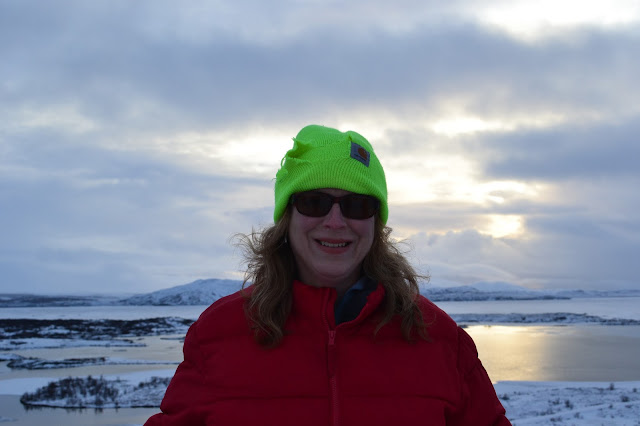 I haven’t taken time to write in my blog in forever, but there’s something about traveling to a beautiful place that inspires me to at least want to write about my experience. However, taking the time to jot my thoughts down on paper always seems to be an issue. But a recent trip to Iceland has given me the prodding I need to try my hand at blogging again. 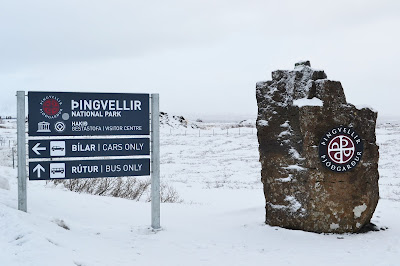 For those who know me, to say that I enjoy traveling is an understatement. In addition to all the wonderful family vacations we took when I was young, I was always longing to travel to Europe. I had romantic visions of visiting European capitols, seeing breathtaking views, experiencing different cultures, setting foot in lands where my ancestors once lived, and that sort of thing. I was fortunate, and determined enough, to make those dreams come true. But it’s never quite enough.There’s always somewhere new to see, not to mention revisiting other places I’ve enjoyed visiting before. 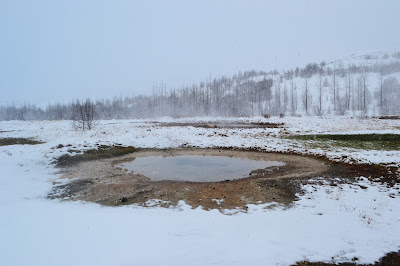 My older daughter, Alexandra, has also inherited this wanderlust, which seems to be passed down from generation to generation in my family. She had been bugging me to take her on a trip to a foreign country. It was hard to argue with her, since I had a desire to go as well. Keeping my eyes peeled even more so than usual to the various travel newsletters I scan faithfully looking for bargains, I found a terrific deal to Iceland. It sounded perfect. I hadn’t been there before but always wanted to go, the scenery is amazing and diverse, the population is low, making family travel easier, and the price was right! In talking with my husband about the trip, we decided to go as a family. So, in January, we took our summer vacation several months early, and all four of us jetted to this Nordic island country in the North Atlantic. 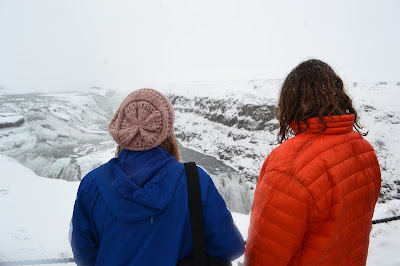 While traveling to Iceland in the middle of winter seemed like a crazy thing to do,  (after all, the country's name has the word “Ice” in it!)  the temperatures are actually milder than Illinois winter temps. Plus, we were longing to see the famed Northern Lights, which are best viewed in the winter months. Unfortunately, cloudy conditions prevented us from crossing this natural phenomenon off our list. (Maybe next time!) Since not everyone wants to visit Iceland in the dead of winter, when daylight hours are in short supply, there weren’t as many tourists as during the summer months, when daylight hours are stretched to the max. Still, we saw plenty of tourists while we were there. Perhaps they had gotten a good deal as well! 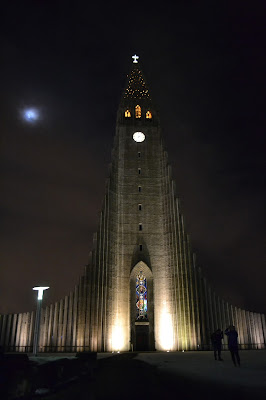 Once we booked the trip, we started to research the areas we wanted to visit. Since the trip was for four days, we knew we had to plan well, especially with limited daylight hours. Some of the places on our wish list were too far to drive to during our short stay, but there were plenty of impressive sites to visit that were within a couple of hours of Reykjavik, where we stayed in a modest hotel, but with a great view of the bay. In addition to exploring the historical older part of Reykjavik, we ventured out into the countryside to visit other spectacular places. Setting aside a day to take the famed Golden Circle Tour, we experienced lovely stops such as þingvellir National Park, Geysir, and Gullfoss waterfall, viewing plenty of snowy mountains along the scenic drive. The next day, we ventured northward, wanting to view the Atlantic Ocean, fjords, and volcanic mountains along the Snæfellsjökull Peninsula. We drove through a tunnel, under the ocean, that connected two peninsulas. I wasn’t thrilled with that experience, so we opted for the longer, and more scenic route, back to Reykavik, around a fjord. I’m glad my husband did the driving, as the scenery was breathtaking, but so was the driving! Beautiful and sturdy Icelandic horses were plentiful in the countryside, and both my daughters enjoyed seeing and petting them. The next day we headed south, to see the famed Blue Lagoon—its magical geothermal waters are surrounded by lava rock. 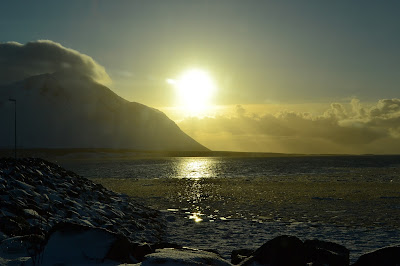 We had a lovely time traveling together, and I would travel to Iceland again in a heartbeat. Even though we saw so much rugged and gorgeous scenery and experienced some of the country’s culture, we only witnessed a tip of the Iceberg of what this small country has to offer. We didn’t, however, actually see an iceberg, and would have loved to have seen the blue icebergs and black beaches on the south coast. (Maybe next time!) 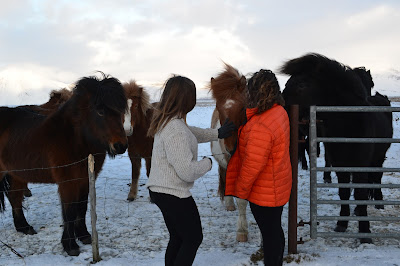 Now that I’m home, I’m excited to start writing Bee in her Bonnet, the fifth book in the Nature Station Mystery Series. Not only do I glean ideas for future books when I travel, and maybe even a few photographs that could potentially serve as cover photos, but I see spots where I would love to stay and retreat into a world where I could write continuously, my only distractions the beautiful scenery. Wherever you want to visit, whether it’s just a couple of hours away (or even spots you don’t take time to see in your own hometown area), or half a world away, I encourage you to make it happen. You’ll be glad you did. You’ll come home with a whole new outlook on life.
Posted by Jannifer Powelson at 11:24 AM